The mid-pandemic Budget
While the pre-Budget Treasury leaking machine appeared to flag many of the Budget measures announced, the Chancellor still managed to produce some surprises on Budget Day.

As the number of people affected by Covid-19 now appears to be slowing as vaccines are rolled out, Mr Sunak was clear on the government’s intention to see out the next few months as lockdown eases with similar support for businesses and individuals. The existing pandemic schemes with which we have now become familiar – furlough, self-employment schemes, business loans and grants – have been extended through to the end of June or even beyond. He chose to spend big initially, announcing major investment incentives for companies in the next two years, adding further to the government debt mountain.

However, after companies have had their investment binge, the widely anticipated corporation tax rise then kicks in with a vengeance as the main rate leaps by 6% to 25% in just two years’ time.

Individual taxpayers did not escape paying their fair share either, with Mr Sunak reaching for the old stealth tax favourite of freezing bands, thresholds and allowances. The inheritance tax nil rate band, which was originally frozen at £325,000 in 2009, is not now due to increase until April 2026.

As a cornerstone of his ‘Plan for Growth’ for post-Brexit Britain, the Chancellor announced the launch of freeports, naming eight throughout England, from Teeside to Plymouth and South Devon. These will enjoy a range of tax benefits including full business rates relief, enhanced capital allowances and stamp duty land tax exemptions.

With the COP26 climate conference due to take place in Glasgow later this year, there were also a number of green initiatives. The first green government bond (a green gilt?) will be issued in the summer. Around the same time National Savings & Investments will launch its own green savings product.
By then, of course, we all hope, the Chancellor perhaps even more than most, to have turned the corner of the last pandemic year. 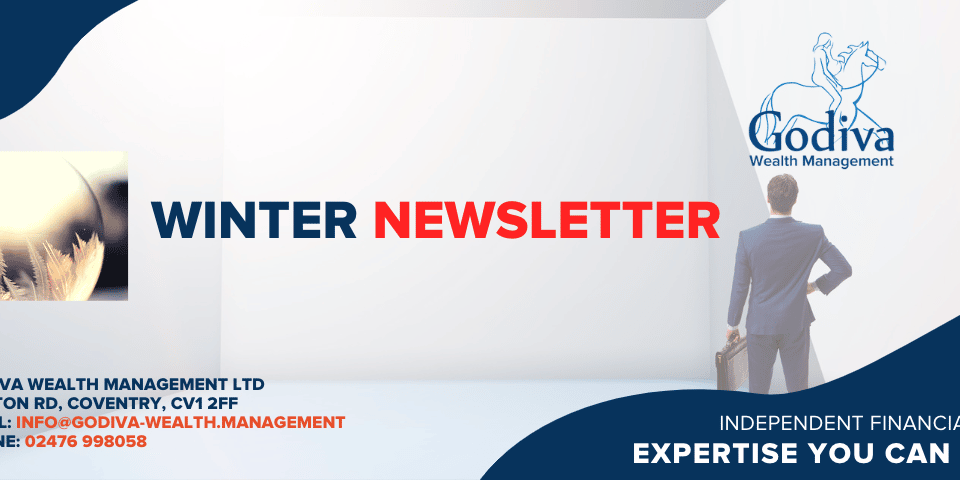 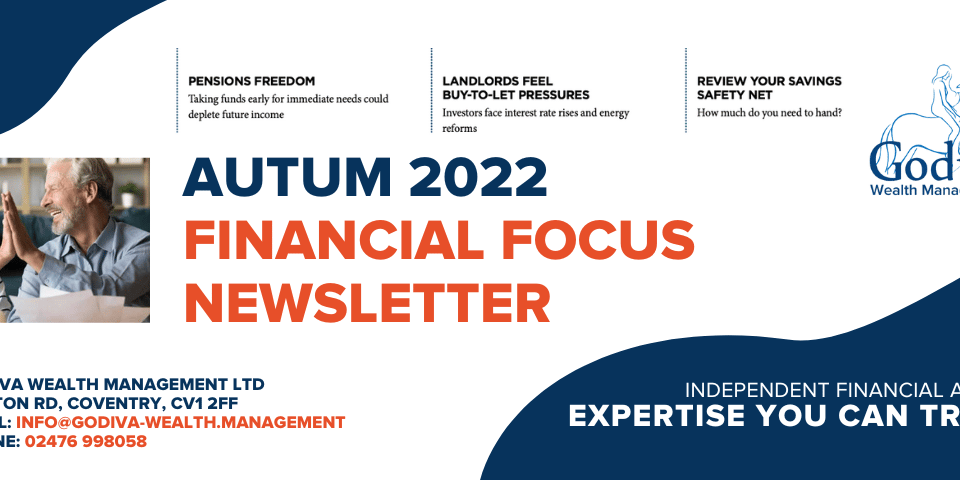 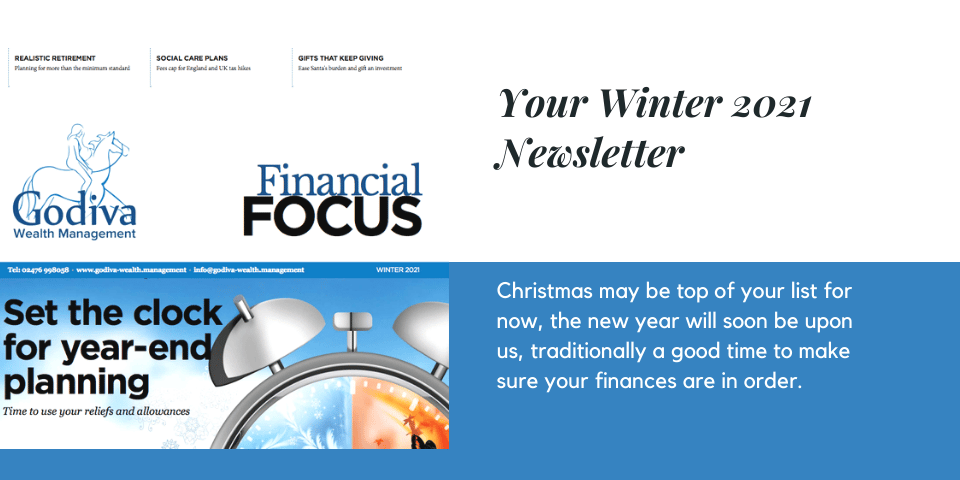 Godiva Wealth Management
5.0
Based on 33 reviews

Annemieke McKeown
16:59 28 May 22
Daljit was great talking me through a complicated pensions situation and providing me with clear and good advice on how... to best manage my personal circumstances. Approachable, kind and very professional support. Thank you!read more

Drew Lomas
12:36 20 Dec 21
Daljit has a way about him that makes you feel relaxed while he explains the process and does the right thing for your... circumstances. With the ongoing services he makes you feel more in control of your future.read more

Chris Fletcher
08:12 12 Nov 21
Godiva were very knowledgeable and patient when answering my questions. They were able to give good recommendations... that were specific to my needs. Overall they were very professional and personable and I would definitely recommend using them.read more

Diana Slocombe
07:52 15 Oct 21
I am impressed, it is early days in the relationship but so far every thing has been done as promised and to time. I... feel confident that the advice I have been given is appropriate and am looking forward to a successful long term relationship.read more

Narendra Mistry
17:15 10 Oct 21
Godiva Wealth Management was recommended to me by a work colleague as I felt it was the right time for me to start... thinking about putting my pension plans into action. Daljit assessed my current situation and was attentive to my requirements advising me of the best course of action in order to benefit most from my current position in order to take me the next step, albeit this would be in a couple of years time so I felt no pressure to make decisions at this stage - just to take his sound advice.read more

Anthony Turchyn
19:23 08 Oct 21
We have know Daljit Dahil for over 10 years and he has become not only are financal adviser but a good friend. Recently... we had difficulties with Phoenix Wealth in securing a small pot drawdown from my pension. We asked Daljit for his help and as a consequence, we received the funds in advance of the time proposed. Well done Daljit, keep up the good work.Anthony & Cecilia Turchynread more

Julie Geraud
17:48 15 Jun 21
This is my first experience of a Wealth Management company and I have to say it has been very positive. Daljit has been... extremely helpful and a valuable guide through the process.read more

Geoff Cox
08:02 01 Jun 21
Having very little knowledge of pensions, I was very apprehensive when starting on a new scheme through work. Godiva... Wealth Management were my companies appointed advisor, and I couldn't have asked for a better organisation to put my mind at rest.Daljit explained everything in laymans terms, so I could understand exactly what was happening with my money. Ten years on now, and still the service is as reliable and trustworthy as ever. Annual reviews ensure that my investment for my retirement is doing as well as it possibly can, and my account is still dealt with by the same person, Daljit. Very professional, and I would have no hesitation in recommending Daljit, and Godiva Wealth Management, to anyone looking for some good honest independent financial/pension advice.read more

J D Fletcher
16:49 25 May 21
Daljit offers a high quality service who we trust with managing the important area of our finances. He takes an... interest in us as his clients, understands the values we hold that determine how to invest and manage our finances and is professional and responsive in the service he offers. He has an excellent knowledge of financial matters and explains matters that are relevant to our situation.We highly recommend his services.read more

M Daly
10:29 17 Nov 20
Daljit Dahil has been our Financial Adviser for 7 years and we have always found him to to be very professional and... courteous. He has the ability to identify sources of potential risk and provide satisfactory solutions, and would recommend him to anyone who is looking for a good, reputable IFA.read more

Sukhi Hayer
14:04 21 Oct 20
I’ve found Daljit to be a great source of financial help. Since investing, my portfolio has met my expectations.... Despite market volatility Daljit’s calm and measured approach means I’ve not made any hasty decisions and have recently sought pension advice. Can definitely recommend - well worth consulting if need some financial advice from a trusted financial advisor!read more

Nigel Appleton
11:12 21 Oct 20
I have used this company since its inception, (and Daljit Dahil was my adviser before that). The investment strategies... advised have always been top-notch. There is always quick (and patient!) advice on demand, and full use is made of a whole array of modern financial analysis technology. Absolutely to be recommended.read more

Genna Buckley
12:43 28 Aug 20
Working with Daljit from Godiva Management has been a pleasure. Daljit has been very helpful and knowledgeable and... offered sound advice. He has helped us through each step of the process and i would happily recommend Godiva Wealth Management.read more

Phill Osborne
13:18 30 Jul 20
My self and my wife have used Daljit as our financial advisor for quite a few years now. We have always been very... impressed with his professional manner and the service provided. Our recent meetings have been on line and he has taken time to go through everything very thoroughly to ensure his advice meets our needs. We would recommend Godiva.read more

Barry Spring
10:53 03 Jun 20
I have received advice from Daljit Dahil for a number of years. My dealings with him have always been very professional... but at the same time very friendly. He has the ability to offer reassurance and to set someone at ease when explaining some quite complex financial options.His advice has always been clear and concise but above all constructiveThe financial advice that he provided in guiding me through retirement was very effective and continues to be so. The investments that I made, with his guidance, have given me a good return and certainly eased any concerns that I may have had about the financial implications of retiring.He has always responded promptly and effectively to any help that I have needed.I would not hesitate to recommend Daljit and Godiva Wealth Management to anyone seeking financial advice.read more

Robbo1007 .
15:39 20 May 20
Godiva Wealth Management have provided us with a highly professional and efficient service for a considerable time now.... After meetings to review our needs, the follow-up research and advice given has always been extremely well prepared and comprehensively presented in a clear, understandable manner, with our best interests at heart .We would not hesitate in recommending Godiva Wealth Management as they have always offered us high quality financial support.read more

Neil Gallagher
12:53 18 Apr 20
I can thoroughly recommend Godiva having been a client for many years. Daljit keeps in regular contact and explains... the investment options for my pension fund clearly in plain language. I am very pleased with the advice he has given me.read more

Kate O'Brien
16:58 17 Apr 20
Daljit explains all options clearly and takes time to answer all my questions. His manner is friendly and approachable,... I feel confident that he looks after my investments well, and takes a personal interest. I am more than happy to recommend him to friends and family.read more

Pat Swindlehurst
15:55 02 Mar 20
Myself and my husband would highly recommend the above company. The are very professional, extremely friendly and in... our experience are experts at all aspects of investing for the future.read more

Sarah
20:41 18 Feb 20
We have been very pleased with the service provided and the financial outcomes during our time with Daljit. A highly... professional and competent advisor.read more

S Murphy
12:23 17 Feb 20
We have been with Godiva Wealth Management since its formation. Daljit makes our financial options clear and answers... questions succinctly without excessive use of jargon. He helps me understand my own financial situation and presents a range of options, through which I am able to make informed choices regarding my immediate and long term financial future. He is personable, approachable and always prompt and professional. We can recommend his services without hesitation.read more

Paramijt Dhaliwal
08:57 07 Feb 20
Godiva Wealth Management helped me to invest my pension where it is most likely to grow stronger. After understanding... how much risk I was prepared to take, Godiva Wealth Management researched the best fund management by using industry software that looked into the history of thousands of investment funds, to find the most suitable and best performing fund for me to invest my pension into.read more